Originally built in 1954 as a campus bookstore, “The Bookie” has evolved from an assembly space into a hub for future generations of Washington State University students. Decades of revisions left The Bookie with piecemeal structural systems and a distinct lack of windows. The building was abandoned with the relocation of the bookstore, and in danger of being demolished when WSU students led the initiative to transform The Bookie into a new student center and re-establish its importance as a hub for student life.

The reuse of the Bookie presented a complex problem for the design team. Spatial orientation of the interior was challenged by the fragmented nature of the existing structure, and the program developed in conjunction with the student body proved to be diverse and complex. The design introduced a curved wall, slicing through the entire structure, that splits the building in half, opening the room and allowing daylight to stream into the building center. The wall also helped to achieve harmony between spaces for quiet study and meditation with bustling social and collaboration spaces.

Though visually distinct from the Bookie, the Chinook demonstrates the remarkable resiliency of the existing building as it enters its fifth life, this time pushing outwards to further integrate itself within WSU’s rich campus life. This campus recreation and social space supports new program elements on campus, providing indoor and outdoor spaces that are welcoming regardless of a person’s physical limitations, culture, gender or sexual orientation. 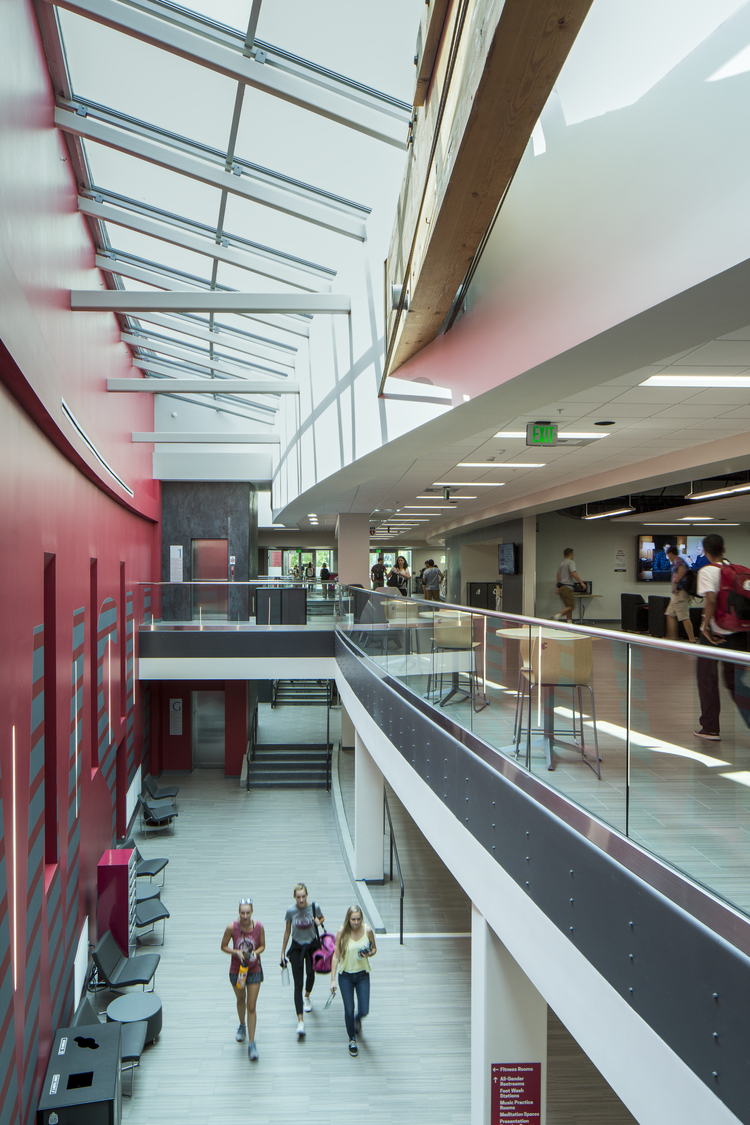 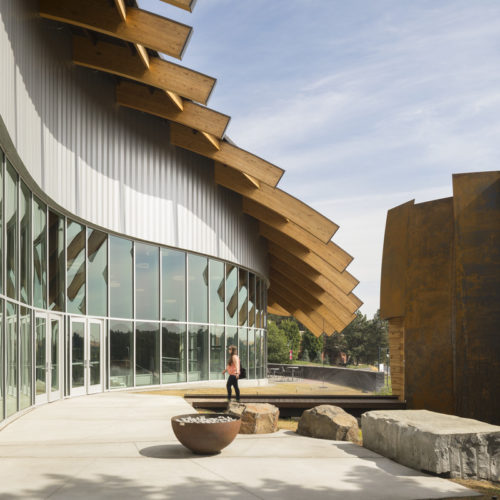