When Seattle razed its outdated viaduct, it restored the connection between downtown and Puget Sound and helped to activate the waterfront. Likely to be the first new residential mixed-use project to rise from the shadows of the old viaduct, AMLI Pierside offers residents a clear connection to both city and Sound.

The scale of the project is not quite as high as surrounding office towers, nor as the low-slung tourist structures across Alaskan Way. The design draws cues from the original landscape, offering a virtual bluff of fenestration at its heavy dark base from which two towers ascend. Painted aluminum panels, artfully placed at angles to podium windows, enhance the sunset glow and break up the dark mass. A fully glazed south tower plunges from sky to ground, breaking up the podium like a waterfall does a cliffside, and signaling the building’s western point of entry. The adjacent north tower blends the sensibilities of the podium and glass tower. The rhythm of its windows and columns takes cues from neighboring historic buildings, interpreting them in a modern way.

The street edge facing the waterfront features a landscaped piazza where residents and tourists can intermingle. A south-facing deck atop the podium features local plantings with seating for individuals and groups, while a green roof across the podium facing north enhances sustainability. A tower roof deck offers spectacular views and a resident party room surrounded by lush native greenery.

Effectively integrating city and sound, local and tourist, and land and water, AMLI Pierside is a worthy first step in the reclaiming of Seattle’s waterfront as an asset at human scale. 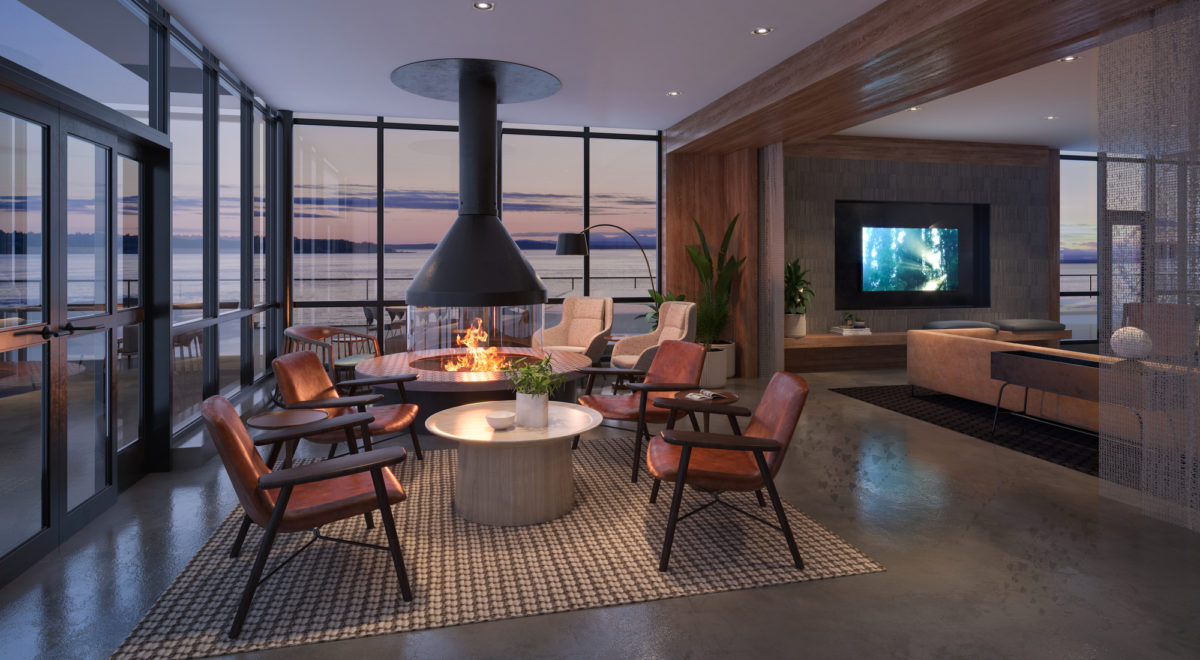 Culminating at the top of the tower, the Sunset Lounge embraces northwest views to the waterfront and sound. The warmth of a flickering fire, mixed with expansive views to water and sky, provide a comfortable, multi-sensory experience. 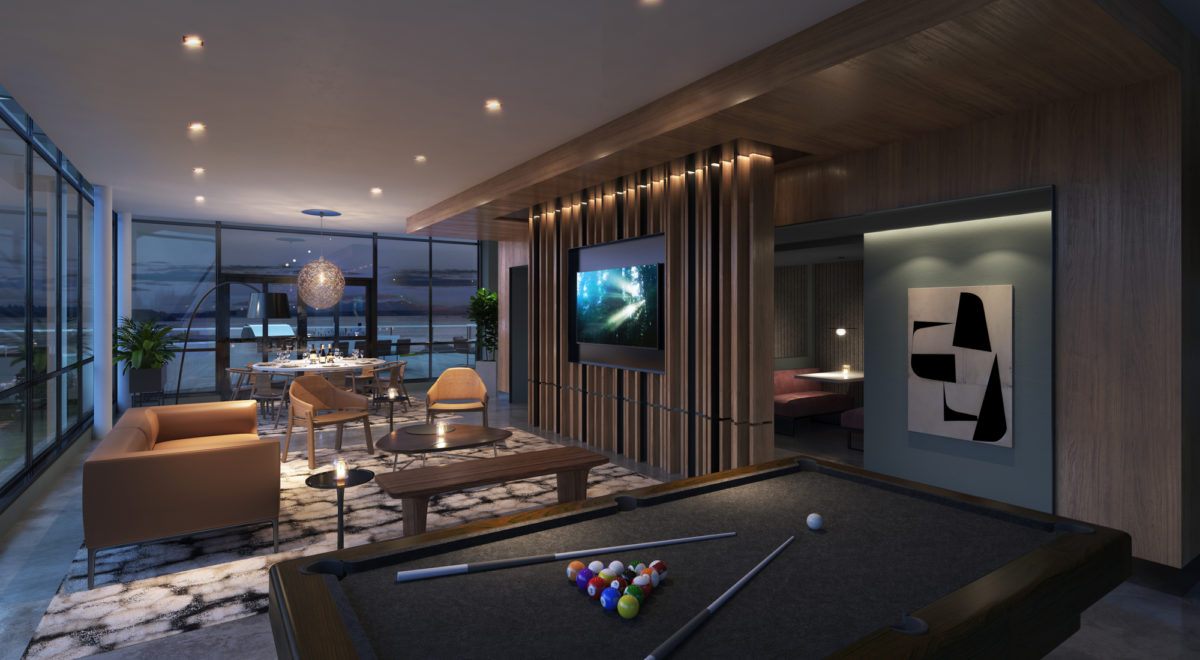 Connected to outdoor spaces with views to Seattle’s maritime industry, the south lounge is framed by natural materials with more opportunities to play, work, and gather.

The scale of AMLI Pierside creates a transition between the low-rise waterfront structures to the west and the high-rise towers of downtown to the east. The concept of a tide line figured prominently designing both the massing and the materiality of this new waterfront landmark. 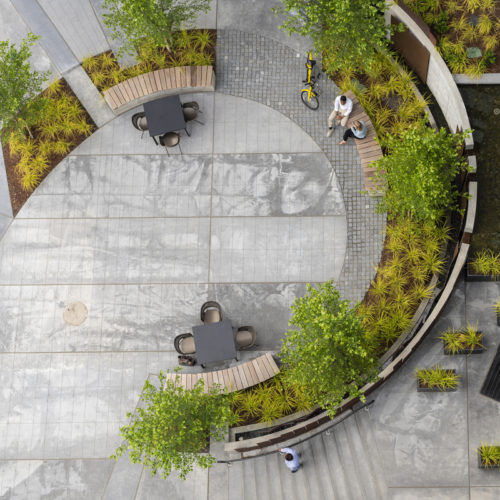 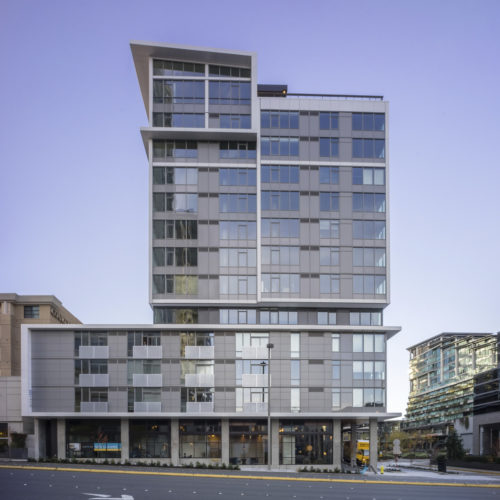