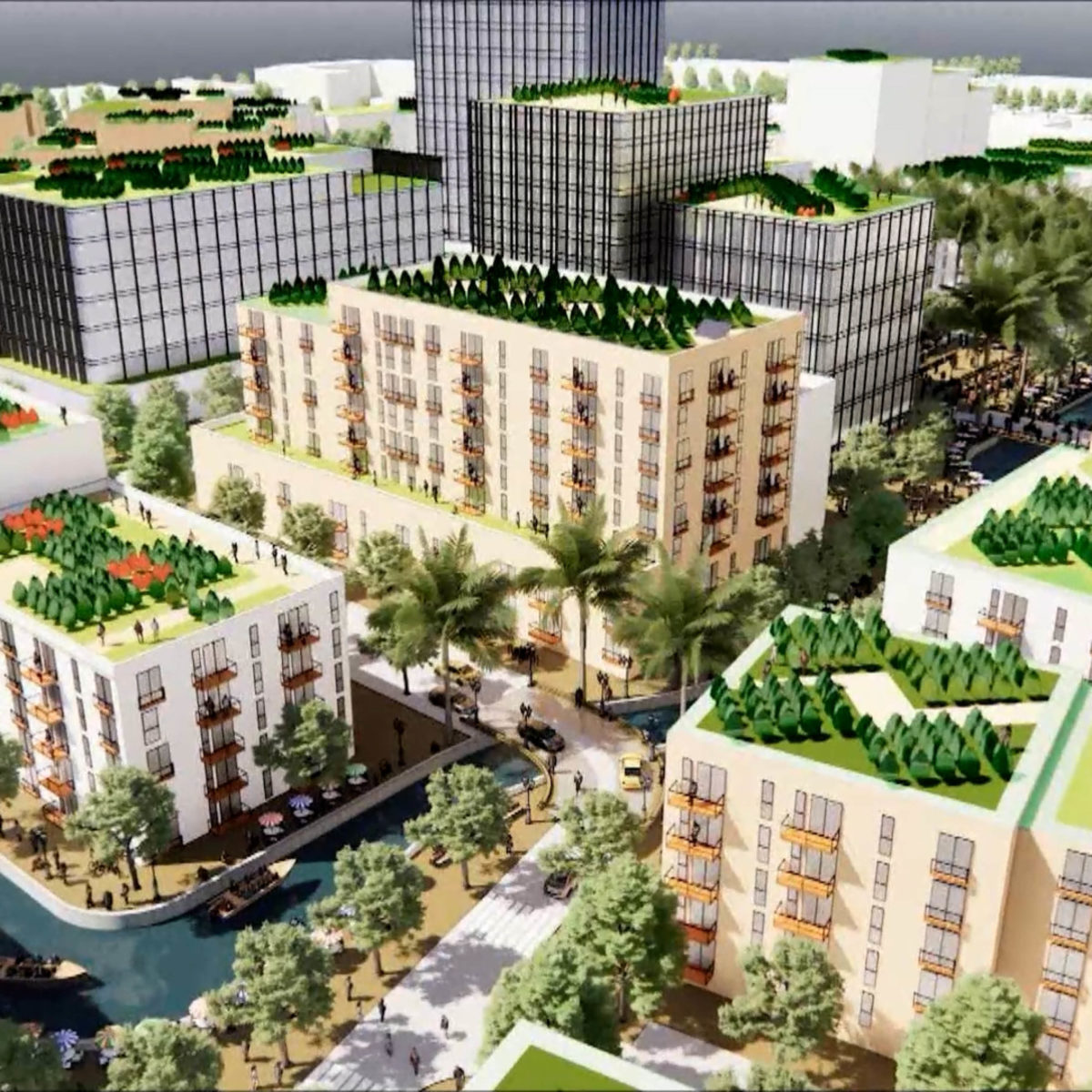 SCG America has proposed a mixed-use development called “The Galand.” The $800 million project includes plans for 1,875 residential units; more than 3 acres of designated public open space; 54,800 sf of food and beverage uses; 24,000 sf of entertainment space; and an 8,000 sf indoor community hub built from a portion of the existing mall. “The Galand … is envisioned as the new frontier to this gateway city,” the proposal reads. “It will usher in a new urban experience in San Bernardino, a place where the City greets residents and visitors in a dynamic environment that is resilient, blending work, live and play.”

Galand Green, called “the heart of The Galand,” would be a park “celebrating the revitalization of Downtown San Bernardino.” The open space would include cafes, event space and a performance pavilion. The Galand covers 2.25 million sf and would be developed in phases through 2029.

Developers say converting the mall site into a lively downtown begins with reestablishing the historic street grid to create a more walkable, small-block structure. They intend to plant thousands of trees to create an extensive urban canopy. New housing at the site would include lofts, live/work units, apartments, condos and townhomes.