The Best Little Park in Seattle 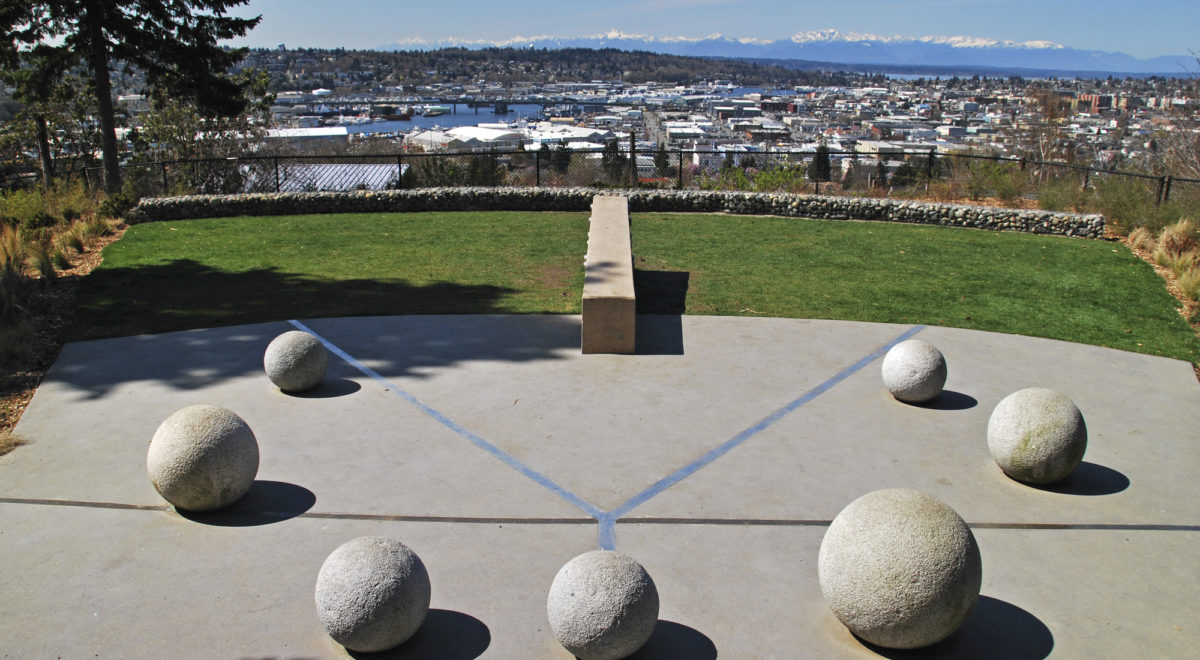 This unique park sits on Fremont’s ridge and is roughly the size of a home, because it’s on property that originally belonged to a man named Tony Murphy. When Murphy decided to sell the property in the early 2000s, the neighborhood suggested the property become a public park. After some fundraising the park designed by landscape architects from GGLO, was completed in 2007.

The move democratized one of the city’s best views. Now that the land is owned by the City of Seattle, the whole public gets a view once kept private by a homeowner. There are two main parts to Fremont Peak Park, a “woodland” area and a “meadow” area. Entering the park you encounter a moon terrace. Once you pass the entrance, you wander into the meadow. This part is a square grassy area that’s hemmed in by cement blocks that suggest where the house used to exist. It gives a sense that you’re walking through a home. With views of Ballard, the shipyards, the Olympic Mountains, even the water tower of Magnolia its easy to see why this is one of the brightest views in Seattle.