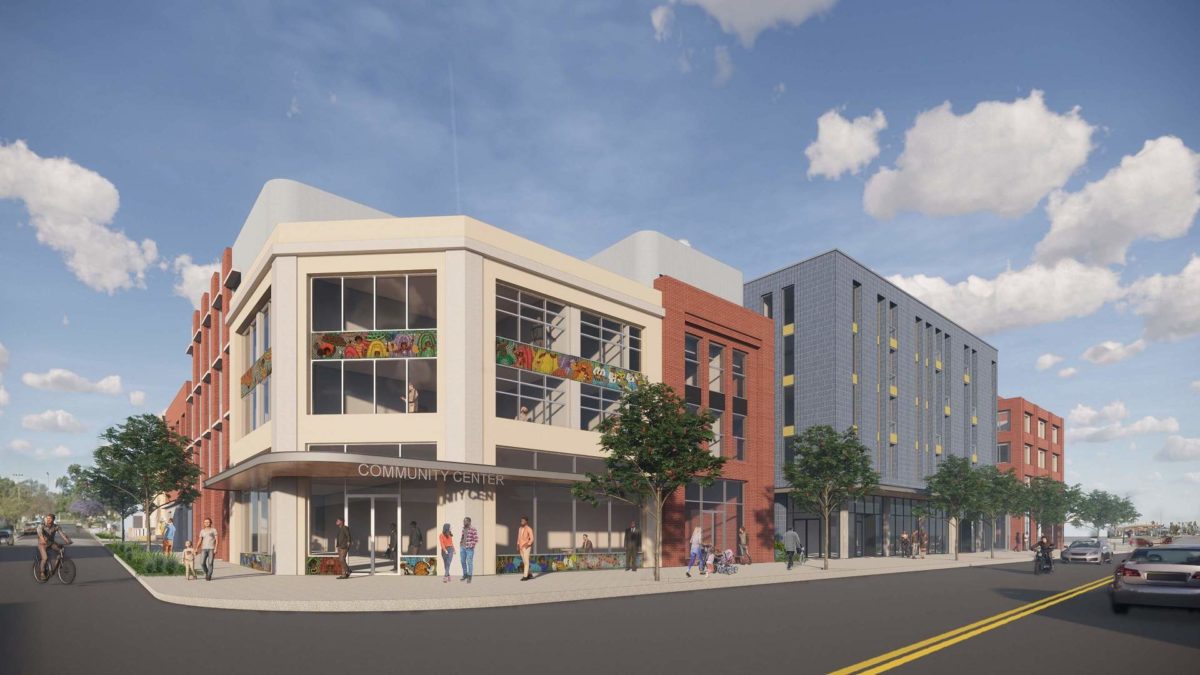 The proposed development would span an approximately 75,000 sf site on Western Avenue between 87th and 88th Streets. Plans call for the construction multiple low-rise buildings which will feature 168 one-, two-, and three-bedroom dwellings in addition to ground-floor commercial uses. GGLO’s design for the project is described as having a “traditional main street building typology” along Western Avenue, with a sidewalk lined by community-serving facilities and restaurants. The larger building is divided into a series of structures that form a continuous street wall, but are intended to look as if they had been developed independently on separate parcels.